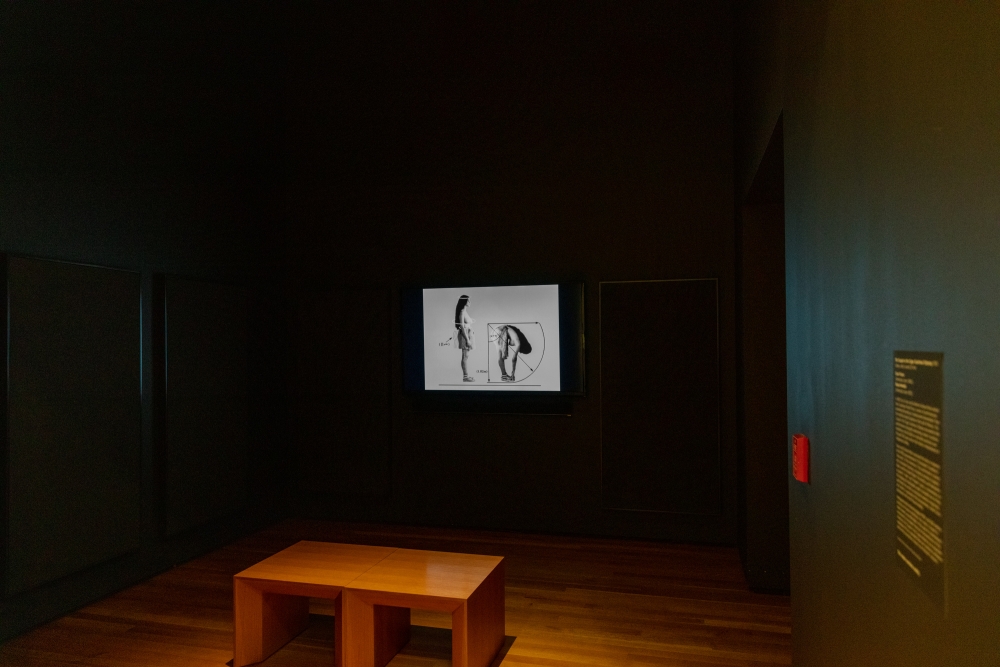 Coco Fusco, Paula Heredia: The Couple in the Cage: Guatinaui Odyssey at The Cleveland Museum of Art, Cleveland, OH.

In 1992 Coco Fusco and Guillermo Gómez-Peña started their Guatinaui World Tour, a series of performances presenting the artists as “undiscovered Amerindians” from the mythical island Guatinau in the Gulf of Mexico. The Couple in the Cage: Guatinaui Odyssey documents their performances alongside unknowing visitors’ reactions, shedding a critical light on colonialist practices over the past 500 years and on the historic mistreatment of indigenous bodies.

Fusco and Gómez-Peña conceived the idea in response to the 1992 quincentennial of Christopher Columbus’s “discovery” of the Americas. They performed in places with colonialist histories, including Australia, England, Spain, and the United States. The artists cast themselves as generic “male” and “female” types, a commentary on the stripping of individuality under colonialist rule. As they performed, the artists scrutinized audience responses, all of which is captured in this documentary video Fusco developed with artist Paula Heredia.

Interspersed with archival footage of 19th- and 20th-century practices of human exhibition, the video is meant to make viewers uncomfortable. In the wake of contemporary movements to broaden historical interpretations of the Americas, The Couple in the Cage endures as an important exploration of how colonialist ideas can continue to influence perceived assumptions about non-Western cultures.