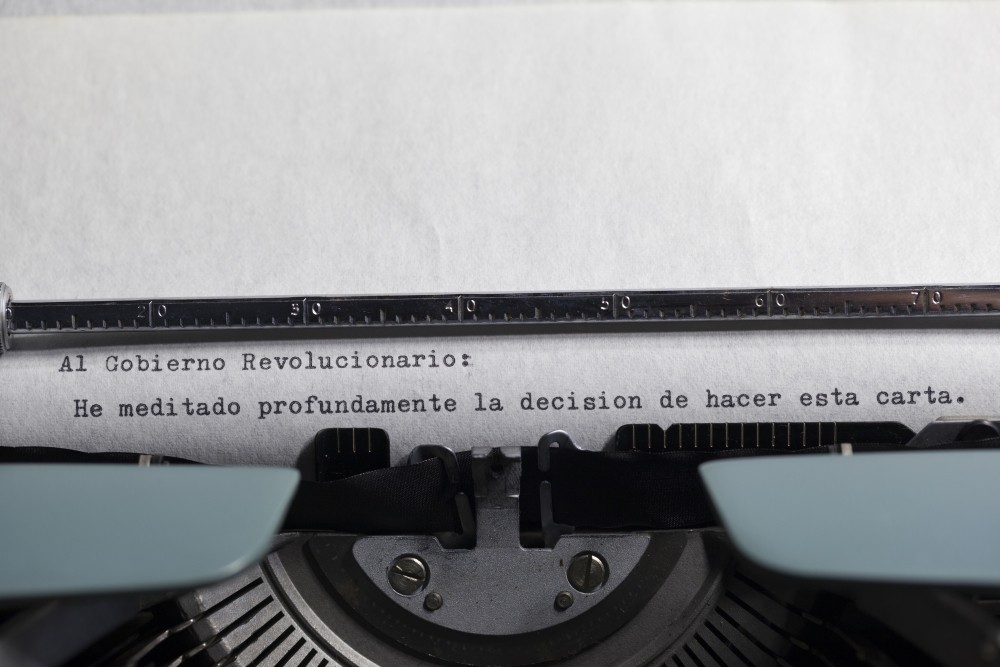 Coco Fusco presents the United Kingdom premiere of her films La Confesión and To Live in June with Your Tongue Hanging Out at Tate Modern, London, United Kingdom.

We are pleased to welcome artist, activist and writer Coco Fusco back to Tate Modern to present the UK premiere of her films La Confesión and To Live in June with Your Tongue Hanging Out. Continuing Fusco’s thirty-year exploration into Cuban history, this programme considers resonances of the country’s historical tensions between poetry and politics.

La Confesión brings together archival material to examine poet Heberto Padilla’s 1971 confession to being a counterrevolutionary. This public statement was made after Padilla had been imprisoned for five weeks for criticising the Cuban government. Questioning the dynamics of state oppression and media manipulation, La Confesión reconsiders the contemporary relevance of what is now known as the ’Padilla affair’.

To Live in June with Your Tongue Hanging Out explores the legacy of Cuban poet Reinaldo Arenas, whose works were largely banned within the country. In 1974, when hiding as a fugitive in Havana’s Lenin Park, Arenas would write his memoir Before Night Falls. This site, now in a state of near-ruin, becomes for Fusco a place of memory and longing. The film challenges the structures of censorship and proposes an empathetic alternative.